(Header image credit - Last Stop by Variable State [Presskit], which is one of the case studies in the book)

So, as well as trying to steer the good ship Die Gute Fabrik, over the past year or so, CEO and Creative Director Hannah Nicklin (who also was the writer and narrative designer on Mutazione) has been writing a book designed to help people learn more about writing for games. We wanted to use the blog to share a series of extracts for the book, as a resource, and so you can find out if this is a book that you might find interesting or useful. See extract 1 here.

As part of this series of extracts, we're also excited to offer this special discount code: JML20 - use it to get 20% off the book at launch, pre-order or buy the book now!

Writing for Games: Theory & Practice is an approachable and entry-level text for anyone interested in the craft of writing for videogames - and specifically focuses on writing, not narrative design or environmental storytelling. The book is aimed at both game design students and writers interested in games writing as a practice, and aims to provide anyone interested in becoming a better writer in the context of videogames.

It's broken into three parts: Theory considers the craft of both games and writing from a theoretical perspective, covering vocabulary for both game and story practices. Case Studies uses three case studies to explore the theory explored in Part One. And the Practical Workbook offers a series of provocations, tools and exercises aimed at giving the reader the means to refine and develop their writing, not just for now, but as a part of a life-long practice.

This extract is chosen from one of the three short case studies which forms the middle part of the book - this is part of a case study exploring the use of format to support character exposition in LAST STOP by Variable State. The full case study is longer, but this part is from pp.162-163 of the book. It's worth watching a youtube video of this chapter in the game, or playing it, before considering the case study.

SPOILERS WILL BE PART OF THIS DISCUSSION.

In ‘Paper Dolls’, Chapter 3: Imposter Syndrome the player plays as John – a middle-aged public-sector worker, who’s a single father, living in public housing in (what feels like) East London with his 8-year-old daughter. In previous chapters you meet his acquaintance Jack – a young yuppyish tech professional from the north of England, who sometimes gets John’s mail. John and Jack are presented as chalk and cheese: John public sector and Jack private. John is photocopiers and phonelines, Jack is programming and videogames. John is middle-aged, unwell, and portrayed as having an unhealthy lifestyle; Jack is a lean runner in his 20s.

The more you have them side by side, class and geographical backgrounds also feel contrasted; John has a ‘local’ London accent, but Jack is from the north. And while it’s clear John is barely scraping by in his increasingly gentrified neighbourhood, Jack is the reason it’s being gentrified. This characterisation is set up by accent, language, location, the kind of work they do.

Body-swap comedies work best when the swapped characters are very far apart in perspective, because the essential conclusion of a body-swap comedy is to understand the others’ perspective: ‘the grass isn’t greener, it’s just different, and now I understand where you were coming from’. By the time we reach Chapter 3, they’ve swapped bodies, come to terms with the weirdness of it, and are trying to work out how to survive in the meantime. As a player, we’re ready to begin the process of not just acknowledging their differences, but also finding common ground. That’s important not just for the conclusion of the format, but also because the warm burgeoning friendship between the two will provide the emotional underpinning for the eventual decision about their fate that the player will face at the end of the game.

Chapter 3 of ‘Paper Dolls’ is the most successful piece of storytelling in the game (in my opinion) because it uses a subformat to both shortcut the process of character exposition for Jack (with whom we’re less familiar – we start the game as John) and their growing closer.

It does so by combining the metaformat ‘body-swap comedy’ with the subformat ‘heist’ to produce an excellent piece of comedy writing. The writers use the contemporary version of ‘explain the heist as you commit the heist’, which is the paciest form (lots of cutting back and forth from planning to execution), and in a comedy setting this allows for a lot of prep to go wrong and comedy to arise from immediate set-up and bungled pay-off.

Comedy arises from several sites in this chapter – from character, format, and pastiche. In character terms, there’s the slightly surreal-minded 8-year-old daughter commenting on the plan as they make it around the breakfast table (think a Phoebe presence in the television series Friends), to John’s self-awareness (Chandler) next to Jack’s supreme confidence that they’re going to pull it off (Joey). The chapter’s longer segments at Jack’s office also contain a parody/pastiche of a videogame company, a videogame practice, and a videogame stealth sequence – all of which add to the lightness and provides other sites for comedy outside of the faster-cut set-up/pay-off sequences.

The aim of the heist is for John to convincingly impersonate Jack for a single day without arousing suspicion. Because it’s a comedy, the obvious outcome is that they’ll fail amusingly – this also means the player knows they can’t really succeed. The process of going through it is – for the player – a chance to get to know Jack, the pleasure of taking part in playing out a well-known format, and a coming together of the swappers by the end. Because it’s a comedy, it has to go awry, but this failure brings them all closer together; they are united through failure. They both get fired.

That failure also unites the characters in an additional and interesting way: as workers. In the initial thematic set-up of John struggling under the boot of a gentrifying London you have – before now – seen Jack as the person pushing him out. There’s no doubt he is part of the gentrification of the area, but through this chapter we understand that while Jack might live in fancy non-council apartment, he still rents, and while he works in tech, his position is still precarious and exploited.

In exploring Jack’s workplace (and the circumstances under which John gets him fired – refusing to work unpaid weekend overtime) you realise that their apparent class differences aren’t as great as they might appear at first; both of them are exploited and maltreated by their bosses. One boss is a petty tyrant of old, the other is ‘your buddy, a team player, we’re all a family here’. There are two generational models of the exploited worker and renter class here – they can find solidarities as well as differences.

Remember, as part of this series of extracts, we're also excited to offer this special discount code: JML20 - use it to get 20% off the book at launch, pre-order or buy the book now! 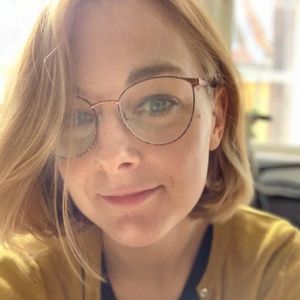